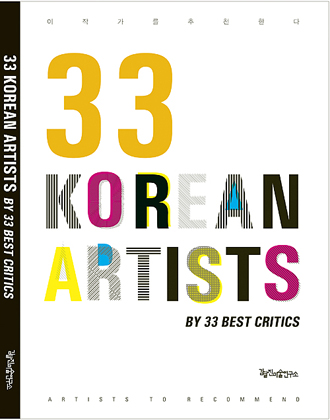 After a long dry spell for lovers of contemporary art books, several volumes in English have been published this year. The latest is “33 Korean Artists by 33 Best Critics,” from the Kim Daljin Art Research Center this month.

The 176-page book with Korean and English texts and color pictures is a compilation of essays by 33 critics about artists who may not be widely known, but are worthy of notice. Each of the 33 critics recommends a promising artist.

Kim Hong-hui, director of the Seoul Museum of Art, wrote about sculptor Kim Joo-hyun, who builds geometric units into giant organic forms. The artist “wants to create a metaphor for the ecosystem relying on individual interactions,” according to the critic.

“I hope this book will be a base for Korean artists on which to build international influence,” said Kim Daljin, head of the art research institute.