Leeteuk to enter the Army at last

Leeteuk to enter the Army at last 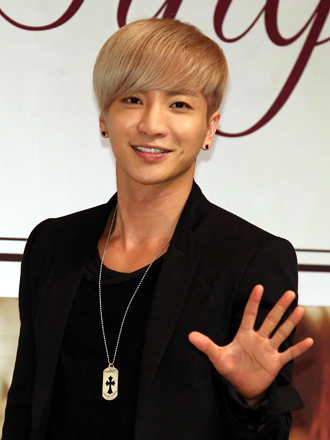 After mentioning that he will indeed fulfill his national military service this year, the 29-year-old entertainer will at last enter a reserves training facility in Uijeongbu, Gyeonggi.

After five weeks of training, Leeteuk will carry out military duties for an additional 21 months.

With a little more than a month until the big day, Leeteuk seems to be wearing himself thin.

Just days ago, he apologized to his fans via Twitter for his absence last Saturday at SM Town’s concert in Jakarta, Indonesia. Exhaustion coupled with enteritis is what’s supposed to have held Leeteuk back.

With Leeteuk leaving, members of his band have been making jokes about becoming leader of the group.

While recording an episode of “Radio Star,” Eunhyuk made it clear that he should be the next in line.

“If we go by hierarchy, then I’m rightfully next in line,” said Eunhyuk, making his fellow band members laugh.