No Doubt is ready to rock again

No Doubt is ready to rock again 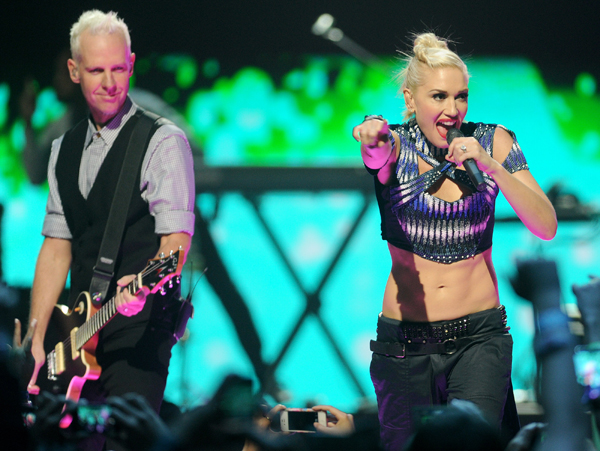 NEW YORK - When the members of No Doubt got together again to make new music, something unexpected came with them: a bit of doubt.

It had been 11 years since they’d put out “Rock Steady’’ and their priorities had changed. Each of the four had gotten married and had kids, producing eight babies among them. Music was no longer the most important thing in their lives.

Could they still make it work?

“That’s pretty complicated stuff when you start to really look at it,’’ 42-year-old lead singer and lyricist Gwen Stefani says. “You’re playing this role your whole life - the singer of No Doubt - totally committed to this in the greatest kind of way, and then all of a sudden, you’re saying, ‘Actually, you guys cannot be No. 1 anymore or else this is not going to work.’’’

The band has somehow made it work. They return this month with their first studio CD in over a decade - “Push and Shove,’’ which blends their signature mix of ska and British New Wave with lyrics that reveal some anguish at their new lives.

“Here we go again/Are you insane?’’ Stefani sings in “Settle Down.’’ “Don’t get me started/I’m trying to get a hold on this/Get in line and settle down.’’

“I think that for a lot of the record I’m writing about being overwhelmed by trying to do all these things at one time,’’ Stefani says. “You just never know when you become a mom what it’s really going to be like. It’s so different than you think.’’

In an interview at a downtown recording studio, the bandmates reveal few outward signs that it’s been 26 years since No Doubt formed. They all still wear eyeliner, have their hair bleached or in a mohawk - or both - and are stick-figure thin. Stefani herself seems to have defied time and can rock a midriff-baring top better than ever. Only their lunch leftovers - salmon, sliced fruit and healthy veggies - hint that they’re all in their 40s.

“Sometimes in my mind I still think I’m 16 on stage and my body tells me that I’m not 16 anymore,’’ says Tony Kanal, the 42-year-old bassist, laughing.