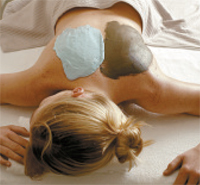 Tomorrow to Wednesday: The hotel presents Chuseok holiday packages. The “Boreumdal” (full moon in Korean) package is priced at 165,000 won ($147), includes a night in a deluxe room, two cans of Kooksoondang makgeolli, or rice liquor, and breakfast for two at the buffet restaurant.

Guests also receive discounts at La Clinique de Paris spa, such as “Relaxing Back Care” for 70,000 won and “Soothing Moisture Facial” for 60,000 won. Prices for the spa include tax. 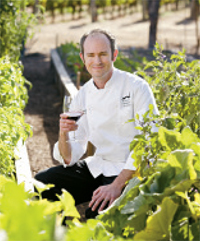 The menus will be created by Jeff Mosher, the visiting chef from the Robert Mondavi Winery.

The wine list includes Mondavi’s first fume blanc. During the two-day promotion, Mondavi’s Momentum will be provided for wine lovers. Due to lack of supply, the wine is not available in Korea.

The Mondavi Wine Dinner will be served at 6:30 p.m. and is priced at 180,000 won per person, excluding tax and service charge.

In addition, the restaurant will present a special Mondavi menu throughout October.

The Singaporean cuisine includes Pulut Hitam, a spicy and sweet dish of black rice and coconuts, and Popiah, a vegetable and seafood spring roll wrapped in wheat pancake.

Through October: The buffet restaurant Orangerie will offer German cuisine and draft beer in celebration of Oktoberfest.

Staff will dress in traditional Oktoberfest costume, and guests will get handmade German sausages, sauerkraut, German potato salad and more.

Unlimited draft beer, wine, and soft drinks are available for an additional 16,000 won.

The festival starts at 6 p.m. Wednesday through Friday.