Stocks hitched to Psy gallop ahead by riding on his success

Stocks hitched to Psy gallop ahead by riding on his success 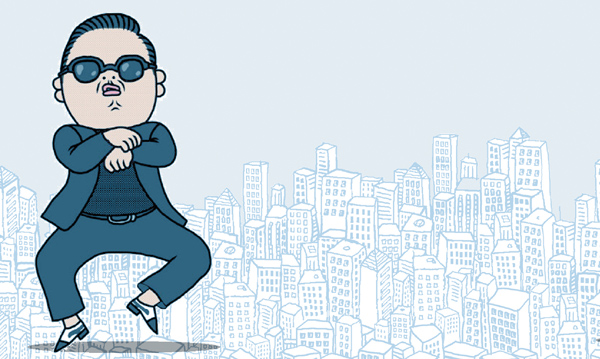 As quirky K-pop entertainer Psy, the stage name of Park Jae-sang, has become a global phenomenon in the wake of his contagious song “Gangnam Style,” stocks linked to the artist have benefited, including the company in which his family is a majority shareholder.

DI Corporation, which produces the equipment used to manufacture semiconductor parts, capped a five-day rally by rising 6.58 percent yesterday to close at 3,885 won ($3.47).

“Stocks usually move in relation to how a company performs, but especially in Korea, they can also be deeply affected by less tangible factors like public sentiment,” said Jung Geun-hae, a small cap analyst at Woori Investment & Securities.

In this case it would be the strong association in the public imagination of Psy and DI Corporation, which has raised interest in and awareness of the company, much along the lines of a soft publicity campaign.

“Apart from the fact that Psy’s father is an influential shareholder, there’s really no reason to explain why DI Corporation’s share price has been on such a bullish run,” Jung added.

As such, the family owns more than one quarter of the company.

Its stock was trading at around 1,500 won until July but started to climb in August. Psy released “Gangnam Style” on July 15 and he became an international sensation within weeks as viewers flocked to the video clip on YouTube.

Now the song ranks No. 11 on the Billboard Hot 100 singles chart. It has also seized the top spot on the iTunes charts in 30 countries including the U.S., U.K., Canada and Hong Kong.

The market capitalization of the company now stands at more than 120 billion won, compared to roughly 50 billion won when Psy first uploaded the video on YouTube two months ago.

The company’s rising fortunes contrast with both the general state of the domestic semiconductor market, which has been struggling lately due to the deepening global recession and its own anemic performance. In the second quarter, it recorded an operating loss of 300 million won, its fourth straight quarterly loss.

Jung said retail investors have been flocking to DI Corporation partly out of desperation, as few companies are showing signs of promise in the short term.

“Even those stocks linked to candidates in the December presidential election are losing steam, so people are clinging to straws, and stocks linked to Psy are proving something of a magnet for local investors,” he added.

YG Entertainment, which has Psy on its roster of recording artists, has also seen its share price climb on the back of his success. The entertainment management company’s stock price gained 2.49 percent to 86,600 won yesterday.

However, there is also a danger of such stocks inflating too quickly and then experiencing a dive.

There is a growing consensus in the market that YG may already have peaked, at least for the time being.

“The market capitalization of SBS, one of the nation’s major broadcasters, is less than 800 billion won, but YG nearly hit 1 trillion won [on Tuesday] simply because of Psy’s success,” said Han Seung-ho, an analyst at Shinyoung Securities. “This is nuts.”

Korea Investment & Securities estimated that if Psy sold one million copies of his song in the U.S., YG would still only see a relatively meager profit of 1.4 billion won.

“YG signed him relatively recently, unlike other artists like Big Bang and 2NE1 [who were trained and launched by the agency]. As such, it doesn’t stand to cash in greatly from his success,” said Kim Si-woo, a researcher at Korea Investment & Securities.

Jung warned against jumping on such volatile stocks as they create far more losers than winners.

A recent study by the financial regulator showed that 99 percent of retail investors suffered losses recently by investing in so-called politically themed stocks that are linked to the three top presidential candidates.