Ahn, Moon move toward a primary

Ahn, Moon move toward a primary 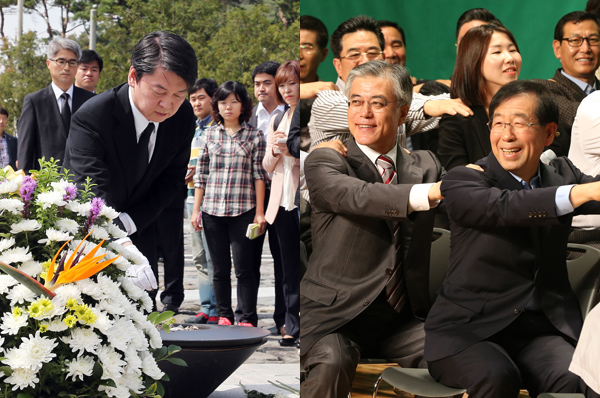 
The prospect of a liberal primary to choose a single presidential candidate is appearing more likely as both Moon Jae-in of the Democratic United Party and independent contender Ahn Cheol-soo are showing no intention of either compromising or quitting.

To fight the conservative Park Geun-hye of the Saenuri Party, Moon and Ahn have been expected to consolidate their bids so as not to split the liberal vote on election day in December. A little while ago, analysts expected them to sit down to negotiate who would run and what plum position the other man would accept in a new liberal administration. 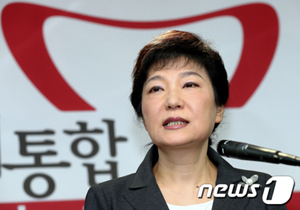 But there’s no sign of those negotiations starting, and both men are stressing that they want to continue their races to the finish line.

At a workshop with Democratic United Party officials on Tuesday, Moon said he won’t drop out.

“More than one million people voted for me in the primary,” Moon said. “I cannot bow out in the middle.”

Ahn made a similarly resolute statement on Tuesday. “I crossed a river last Wednesday,” Ahn said, referring to his announcement that he was running for president. “And I burned the bridge behind me.”

Speculation is now growing that a final primary will take place to choose between Moon and Ahn. Candidate registration for the presidential race takes place on Nov. 25 and 26, so the two men need to decide before that.

Electoral alliances between candidates with overlapping supporters are a time-honored strategy in Korean elections. In 1997, Kim Dae-jung managed to negotiate a candidacy consolidation with Kim Jong-pil and won the election. Five years earlier, Kim Dae-jung and Kim Young-sam split the liberal vote, handing the election to former Army Gen. Roh Tae-woo, who was a key official in the Chun Doo Hwan dictatorship.

A possible model of candidate consolidation for Moon and Ahn could be the situation in 2002 between Roh Moo-hyun and Chung Mong-joon. At the time, the two presidential contenders consolidated their candidacies through a public opinion poll. Although the alliance broke on the eve of the election, Roh managed to win.

Another model could be the primary used by the liberals for the Seoul mayoral by-election last year. A primary took place between independent Park Won-soon and the DUP’s Park Young-sun in which 30 percent of each candidate’s score came from an opinion poll, 30 percent came from a jury’s evaluation of their performances at a debate and 40 percent came from voting by the public.

If Moon and Ahn choose to have a primary, an opinion poll will almost certainly be a crucial factor. In that case, sentiments in Busan, South Gyeongsang, Gwangju and the Jeolla region are expected to decide the contest.

In a JoongAng Ilbo poll conducted Friday and Saturday, it was evident that Ahn was backed by Jeolla voters, while Moon was supported by Gyeongsang voters.

In Gwangju and Jeolla, Moon was backed by 38.3 percent, while Ahn was supported by 54.9 percent in a survey asking who should be the consolidated liberal candidate.

In Busan, Ulsan and South Gyeongsang, Moon was backed by 48.3 percent, while Ahn earned 38.5 percent.

It was conspicuous that Ahn beat Moon in Gwangju and Jeolla because those areas are traditional strongholds of the DUP.