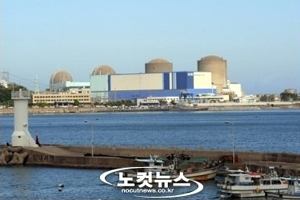 BUSAN - Prosecutors said one of two workers at the Gori Nuclear Power Plant, arrested for using heroin on Saturday, revealed that he used the drug during working hours at the power plant.

The Busan District Prosecutors’ Office said yesterday a 35-year-old firefighter surnamed Kim from the Disaster and Safety Management Division of the Gori-1 Nuclear Power Plant, which was shut down from March to mid-August due to a malfunction, was using heroin inside a power plant office in Gijang County, Busan this month.

Kim and his colleague, also surnamed Kim, 35, were arrested on Saturday for doing heroin at their apartment in Gijang County, but prosecutors discovered their behavior at work during interrogation.

Allegedly, the two bought the drug from a gang member in Busan and have used it on five separate occasions.

The prosecutors are investigating where the heroin came from.

“They are close friends at the power plant,” a spokesman of the prosecution told the JoongAng Ilbo. “We judge that one of them first started taking the drug and influenced the other.”

The prosecution said that the suspects are two of the eight fire fighters hired by the Gori power plant, which runs its own safety management division in order to respond swiftly to accidents.

“The two were hired under a plan of hiring Gijang residents that aimed to manage the facility more responsibly,” a spokesman of the Gori-1 Power Plant told the JoongAng Ilbo. “Usually, a team composed of two firefighters work together in a shift, but we have no idea if the two have taken the drug together.”

The power plant drug tests its 470 workers each year, but the security team and the fire team under the safety management division were excluded from the test as it judged that they aren’t directly related to the facility’s operation.