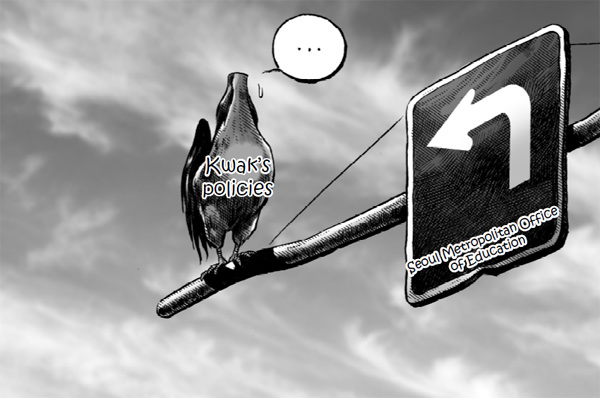 Kawk No-hyun, the controversial superintendent of the Seoul Metropolitan Office of Education, lost his post after the Supreme Court upheld a lower court sentence - one year in prison - on charges of giving a bribe of 200 million won ($179,000) to a liberal rival to drop out of the June 2010 election.