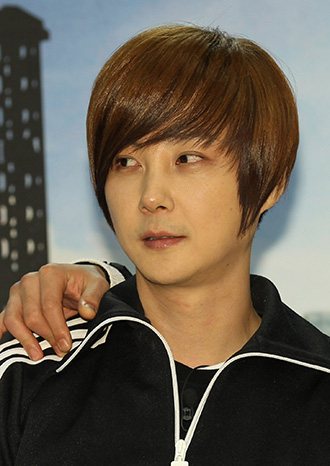 Boys of Shinhwa, Lee Min-woo and Shin Hye-sung, have been asked to perform at the West Bank Music Festival to take place in Shanghai from Sunday to Tuesday.

Live Works Company announced that the two boy band members will stand on stage as “representatives of the Korean music scene.”

Lee and Shin’s participation is a huge feat as the concert boasts international acts like Michael Bolton.

A spokesperson said the two boys will draw on their 14 years in the industry to give a performance that will “leave no doubt about their prominence in K-pop.”

Shin will perform songs like “Because it’s You” and “Ex-Mind,” while Lee will sing hits like “I’m Here” and “Don’t Trust Men.”

Earlier in the month, Shin took part in a camping fan meet for Korean and Japanese fans at Phoenix Park in Pyeongchang, Gangwon.

Meanwhile, Lee was picked as the Korean representative on a judging panel for a Chinese singing-survival show titled “The Voice to Make Asia Cry” that began airing Sept. 5.