Aunt behind the throne may be sick and abroad

Aunt behind the throne may be sick and abroad 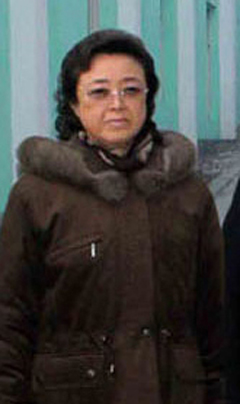 The powerful aunt of North Korean leader Kim Jong-un, Kim Kyong-hui, is reportedly suffering from an illness and staying abroad for medical treatment, sources told the JoongAng Ilbo yesterday, which is possibly why she was absent from this week’s unusual parliamentary session.

The 66-year-old aunt, the younger sister of the late leader Kim Jong-il and a general in the army, is in the inner-circle behind the throne of the young leader Kim Jong-un, helping the inexperienced leader consolidate his power along with her husband Jang Song-thaek, who recently visited China on a business trip.

“On the list of attendees at the parliamentary session that was released by the North’s state-run Korean Central News Agency, Kim Kyong-hui wasn’t mentioned,” a South Korean government official told the JoongAng Ilbo yesterday. “That could be evidence that Kim, a representative of the ruling Workers’ Party who must attend the session when Kim Jong-un appears, might have some problems, such as her health.” 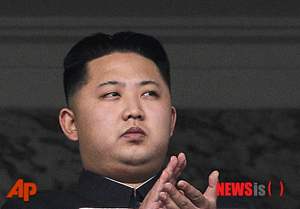 At the parliamentary session held in Pyongyang Tuesday, a series of high-ranking party and military officials appeared, including some rising-stars such as Choe Ryong-hae, who has been catapulted to the position of chief of the General Political Bureau.

A couple of sources told the JoongAng Ilbo that Kim is staying in a foreign country for medical treatment.

“I was informed that Kim brought a very few bodyguards and arrived in Singapore,” a source familiar with North Korean affairs said. “It seems that she is still hospitalized and under treatment.”

The source said that Jang sent his aides from the North Korean Embassy in Beijing to Singapore in an apparent move to take care of her. “But I have no information on which hospital she is in and what kind of illness she is suffering,” the source added.

However, a South Korean government official said, “There’s nothing confirmed about her visit to Singapore.” Other sources told the JoongAng Ilbo that Kim is in China for medical treatment.

Born in 1949, Kim studied at Moscow University and worked at an international affairs department of the ruling party. Sources say she has been alcoholic and suffered from heart disease. She was an obscure figure following the death of her father, North Korean founder Kim Il Sung, in 1994. Her political career was boosted after former leader Kim Jong-il suffered a stroke in 2008.