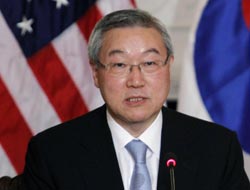 “There will be a mention, in some form, about the importance of perceiving truthful history and the issue of women’s wartime rights in Minister Kim’s [UN General Assembly] speech,” said Cho Tai-young, the ministry’s spokesman, yesterday. “We will have to wait and see about the specific form of the contents.”

Though the spokesman did not directly refer to Korean women forced into sexual slavery by the Japanese military during World War II, that is what the Foreign Ministry will be alluding to at the UN. 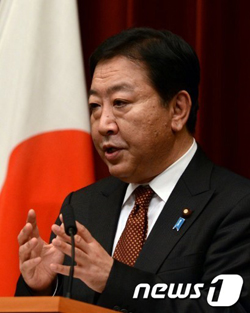 It will be the first time the Korean government has raised the issue directly or indirectly at the UN General Assembly.

When talking about history, Kim is also expected to be referring to Japan’s claim over Dokdo, Korea’s easternmost islets.

On Wednesday, Japanese Prime Minister Yoshihiko Noda told the UN General Assembly that his country has “consistently” accepted international law, a message aimed at Korea. Seoul has flatly rejected Tokyo’s request to take the issue of Dokdo to the International Court of Justice, saying that there is “no territorial dispute regarding the islets because they belong to Korea historically, geographically and by international law.”

Japan is also in a territorial dispute with China over the Senkaku Islands, referred to as Diaoyu by the Chinese. Noda reaffirmed his hard-line stance on Japan’s sovereignty over the islets by telling reporters they are “an integral part of Japanese territory in the light of history and of international law.”

“China is extremely dissatisfied with and sternly opposes the Japanese leader’s obstinate persistence in his incorrect views regarding the Diaoyu islands,” said Qin Gang, spokesman at China’s Foreign Ministry.

On Monday, Foreign Minister Kim met with his Chinese counterpart Yang Jiechi on the sidelines of the UN meeting and shared a common view that they should give the world a “truthful understanding of history.”