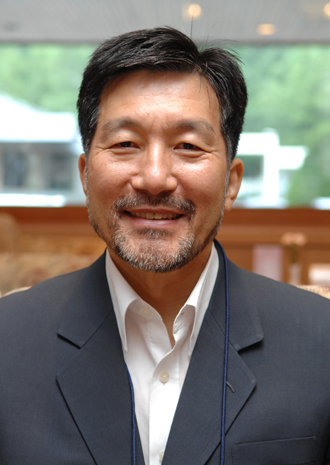 “I vividly remember hearing gasps from the Ethiopian government ministers when they were looking at and comparing pictures of Namdaemun and the Cheonggye Stream taken in 1960 and 2012,” said Lee Jang-gyu, president of Adama Science and Technology University in Ethiopia.

“To them, Korea’s 50-year compressed economic development is a dream come true.”

Lee Jang-gyu is the first Korean to serve as president of a university in Africa. Professor Lee accepted a five-year term at Ethiopia’s Adama University, established in 1993, when his tenure at the electronic engineering department of Seoul National University ended last year.

This month marks the one-year anniversary of Lee’s presidency.

“Late Prime Minister Meles Zenawi, who had a deep interest in studying Korea’s economic miracle, asked me to take the job two years ago, saying he wanted Adama University to become Ethiopia’s Kaist,” the 66-year-old said during a phone interview with the JoongAng Ilbo, referring to the prestigious Korea Advanced Institute of Science and Technology.

“I wanted to instill ideas of human resource development shared among Koreans at the university and the country as a whole, so I took the job.”

During the past year of Lee’s presidency, there have been many changes made to the university.

Modeled after Silicon Valley in California, 7 billion won ($6.25 million) was invested in the Research Park Complex, which provides a base for both academic and industrial institutions devoted to research and development.

A new major of materials engineering has also been added to existing curriculum.

The symposium was attended by Prof. Baik Sung-gi, former president of Pohang University of Science and Technology, and Lee Keun, who teaches economics at Seoul National University.

“The event was broadcast live by a state-run TV channel with high-ranking government officials all attending the event,” Lee said.

In addition to guest speakers at the symposium, Lee has brought with him an entourage of Korean academics who are teaching Ethiopian students about Korea’s economic rise.

Prof. Park Hong, who taught physics at Yonsei University, is now the head of Adama’s natural sciences department. Prof. Kim Young-kyun of the Green Graduate School at Korea University is director of the Adama Technology Institute.

Lee also took on a long-term economic development project led by the Ethiopian government that lasts until 2025, which is the first time a foreign national has been granted such a task.

Korea’s influence on the continent is not limited to Ethiopia. What first began as a Korean Wave of economic development in the country is now spreading all across Africa.

During a joint conference of education ministers from 54 African states, a seminar on Korean development was held.

To the diplomatic community, Lee’s efforts have been well recognized as he works as a bridge connecting Korea and African nations toward a more cooperative relationship.

The Korean government has also been pushing ahead to form closer relations with the African continent.

The state-sponsored third Korea-Africa Forum is set to be held in Seoul from Oct. 16 to 18.

“Ethiopians share a friendship with us and have this deep affection toward others,” Lee said.