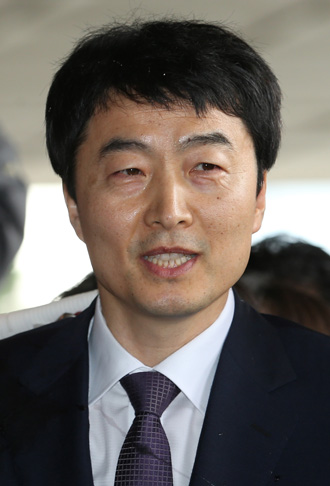 A progressive party lawmaker at the center of a controversy over election fraud and with a history of pro-North Korean activities appeared before prosecutors yesterday morning to face questioning over his alleged embezzlement of state election funds.

Rep. Lee Seok-gi of the minor opposition Unified Progressive Party (UPP) is suspected of inflating the cost of services provided to politicians while running an election campaigning agency, in violation of the election law, according to prosecutors.

After defying an earlier prosecutors’ request to be questioned, the 50-year-old left-leaning lawmaker entered the Seoul Central District Prosecutors’ Office in southern Seoul around 10 a.m. to comply with the second summons. 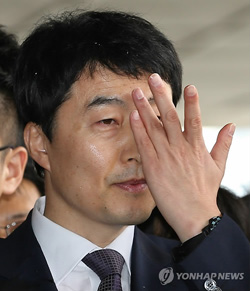 Lee and another UPP lawmaker Kim Jae-yeon have long been accused of unfairly winning their proportional representation tickets for April’s parliamentary elections in a primary widely believed to have been rigged.

The two lawmakers, who allegedly espoused the North’s guiding juche philosophy of self-reliance, have been under pressure to quit their party over the alleged primary fraud.

Lee’s CN Communications is also suspected of exaggerating its campaign expenses for UPP candidates for the 2010 local elections and April’s general elections.

Lee is expected to be quizzed over whether he ordered his employees to carry out the alleged fraud, according to prosecutors.

Prosecutors have already confiscated and analyzed accounting documents of the UPP candidates and interrogated several CN Communications employees as part of their probe into the alleged fraud. Yonhap