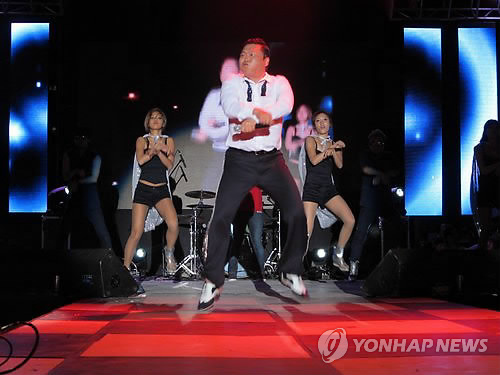 It is the first time that a Korean signer conquers the Official Singles Chart.

"He’s done it! Gangnam Style fever has swept the globe this month and today officially conquers the UK, galloping all the way to Number 1 on the Official Singles Chart," the Official Chart Company said on its Web site. The company compiles various official British record charts.

"Thanks to all the UK fans out there for supporting me and 'Gangnam Style.' Guess what? I am coming!" the company quoted Psy as saying. -(Yonhap)