Suspicious man confirmed to be from N. Korea

Suspicious man confirmed to be from N. Korea 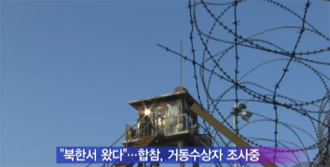 A suspicious man, who was detained drunk on a South Korean border island earlier this month claiming he is from North Korea, has been confirmed to have indeed sneaked across the border from the communist nation, officials said.

The 28-year-old man was caught Sept. 9 on the island of Gyodong, just south of the inter-Korean border off the west coast, while stealing food and hiding in a private warehouse. The man was drunk at the time of arrest and claimed that he is from North Korea.
(Yonhap)