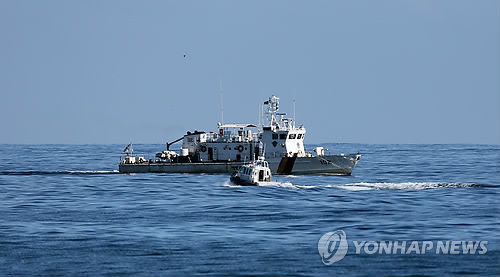 The Navy scoured waters off South Korea's east coast following a citizen's report of an object that appeared to be a submarine, but the search turned up nothing unusual, officials said.

A 39-year-old tourist reported to authorities he saw a strange object emerging and then disappearing in waters some 500 meters away from the Gyeongpodae beach in Gangneung, about 240 kilometers east of Seoul, around 6:20 a.m. while taking pictures of the sun rising. (Yonhap)