Housing prices may be heading for new trough

Housing prices may be heading for new trough 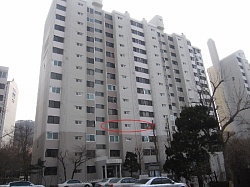 Housing prices are unlikely to rebound anytime soon as corrections due in the wake of the 2008 credit crunch are not as severe as in other advanced countries, the central bank said this week.

“Since the global financial crisis, housing prices in leading countries have dropped by between 20 and 30 percent, but Korea has not experienced such steep falls,” the Bank of Korea said in a report it filed to the National Assembly on Tuesday. From 2006 to 2011, housing prices in the U.S. fell by an average 33.9 percent, 18.8 percent in the U.K. and 9.7 percent in France. But the comparable figure for Korea was just minus 1.7 percent. The BOK said other factors may combine to drive prices here down further in the future.

“Amid this year’s economic slowdown and wavering government policy, the price of reconstructed apartments has dropped sharply,” the report said, referring to old properties that are demolished and rebuilt from scratch, conferring on the owner a higher-value asset.

The report also said that as more so-called “baby boomers,” or those born in the years shortly after the 1950-53 Korean War, retire, demand for new houses will drop.

The BOK added that long-term housing deposits, known here as jeonse, are likely to cool soon after a sustained period of rising prices due to an increased supply of small houses in metropolitan areas.

The cabinet approved a bill on Tuesday to temporarily reduce taxes on purchases and transfers of homes to boost the long-stagnant property market. Under the revised rules, houses worth less than 900 million won ($808,700) that are purchased within this year will only be subject to acquisition taxes of 1 percent instead of 2 percent. The rate for houses worth between 900 million and 1.2 billion won will also halve to 2 percent, while more expensive properties will be subject to a 3 percent tax rate rather than the previous 4 percent.