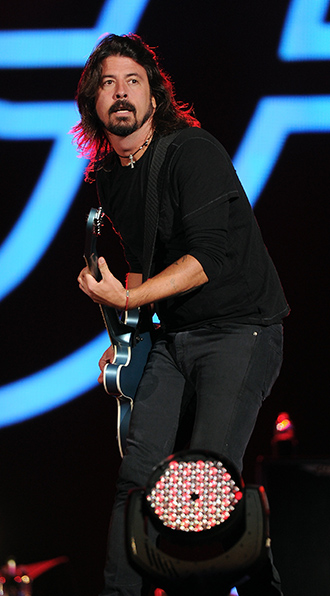 LOS ANGELES - Lead singer Dave Grohl of Grammy-winning rock band Foo Fighters said on Tuesday the band was not splitting up but was taking a break.

Grohl, 43, fueled speculation about a split by telling fans at a New York festival on Saturday that “this is the show where we come out and we play as many songs as we can .?.?. I don’t know when we’re going to do it again,” according to MTV News.

But in a public letter sent by Foo Fighters’ representative Dana West, Grohl said the band was taking a break but had no intentions of disbanding.

The singer said he did not know when Foo Fighters was going to play again, but added that “it’s a good thing for all of us to go away for a while. It’s one of the reasons we’re still here.”

Foo Fighters was founded in 1994 by Grohl, the drummer for grunge band Nirvana, following the death of Nirvana’s lead singer Kurt Cobain.

During the hiatus, Grohl said, he will be releasing a documentary and album project called “Sound City.” “It could be the biggest, most important project I’ve ever worked on,” he said.

The band, which also includes bassist Nate Mendel, drummer Taylor Hawkins and guitarists Chris Shiflett and Pat Smear, has released seven studio albums led by singles such as “Everlong,” “Times Like These” and “Learn To Fly.” The band has won 11 Grammy awards.