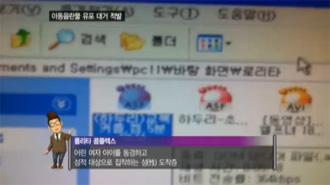 The top prosecution pledged no leniency Wednesday on the possession and distribution of child pornography in the wake of a recent spate of sex crimes against children.

Those who possess or distribute child pornography will be indicted even if they are first-time offenders or deleted those materials from their computers right after downloading them, the prosecution said.

Internet pornography has been blamed for a number of sex crimes that have stunned South Korean society in recent months.

In August, a 23-year-old man allegedly abducted a sleeping 7-year-old girl from her home and brutally raped her in Naju, 350 kilometers south of Seoul.

"They are not temporary measures to take advantage of the recent social atmosphere," a prosecution official said requesting not to be named. "We will ensure a strict and consistent law enforcement to eradicate obscene materials featuring children and teenagers."

In a related move, the government will install CCTVs at 3,980 more places such as parks and children's playgrounds around the country to prevent sex crimes against children and women, the home affairs ministry said.

The government will spend 61.5 billion won (US$55.2 million) from next year's budget to increase the number of CCTVs and build central CCTV-monitoring centers, the ministry said.

The budget plan is pending approval from the parliament. (Yonhap)