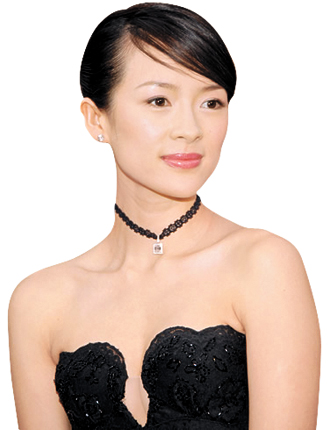 LOS ANGELES - Chinese actress Zhang Ziyi is suing a U.S.-based Chinese online news outlet over reports that she was a prostitute who had sex with top official Bo Xilai and others, according to a lawyer.

The “Crouching Tiger, Hidden Dragon” star is taking legal action for libel in Los Angeles over the claims by Boxun News, which is based in North Carolina and offers Chinese- and English-language news online.

“At the heart of all of the claims are a series of libelous defamatory statements printed by Boxun News about Zhang Ziyi,” attorney Adam LeBerthon said Wednesday. “Boxun News printed repeatedly that Zhang Ziyi is a prostitute, and that’s the heart of our allegations. She does not know [Bo], has not met him and has nothing whatsoever to do with him.”

The lawsuit transcript said Boxun News claimed Zhang earned more than $100 million for having sex with Chinese officials and others, in news reports in May and June this year which were republished by media around the world.

The U.S. lawsuit came after Zhang launched legal action in June against Hong Kong’s leading newspaper the Apple Daily and its sister weekly Next Magazine over reports that she prostituted herself with senior Chinese officials.

An article in Apple Daily on May 29 said Zhang “is a prostitute” and had sex with Bo and his wealthy associate Xu Ming for money on “numerous occasions,” the court document said.

Attempts to get reaction from Boxun News were unsuccessful.

The next court hearing in the Los Angeles case is scheduled Oct. 16, followed by another on Nov. 16, but no trial date has yet been set. LeBerthon said the actress likely will not attend pretrial hearings.

“She will certainly be there at the time of trial, [although] the parties typically do not attend various pretrial hearings,” he added. “I don’t expect Ms. Zhang Ziyi to be any different.”

Bo was sacked from his post as boss of Chongqing city in March and then suspended from China’s powerful central politburo for “serious discipline violation” - code for corruption.

His wife, Gu Kailai, was handed a suspended death sentence for murder in August after she was found guilty of murdering British businessman Neil Heywood, a crime to which she had confessed, according to court officials.