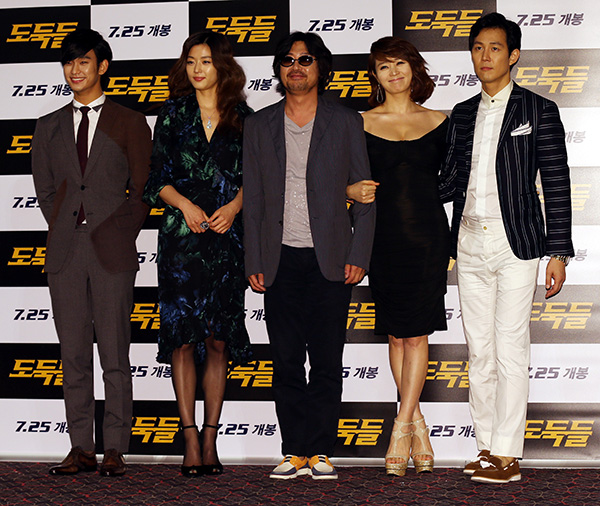 It’s official. As expected, “The Thieves” has become the most-watched Korean film with a whopping 13 million plus viewers having watched the flick in the last 70-odd days.
Show Box, the film’s distributor announced on Oct. 2 that the film chalked up some 13,020,393 views, and usurped the place of “The Host” which was released in 2006 and amassed 13,019,740 views in 106 days.

The current hit movie starring Kim Soo-hyun, Jun Ji-hyun and Kim Hye-su was No. 2 as of Sept. 3. Having garnered 12.31 million views at the time.

After its release on July 25, “Thieves” began breaking records across the board.
Just three days after the film opened, more than a million people had watched it; that number doubled the following day and tripled by day six.
Directed by Choe Dong-hoon, the film is about a heist carried out by 10 Korean and Chinese thieves stealing a $20 million diamond necklace at a casino in Macau.

To date, the most-watched film of all time in Korea is “Avatar” with some 13,624,328 views. It should be interesting to see if the Korean action-drama can usurp the place of the Hollywood blockbuster.
By Carla Sunwoo [carlasunwoo@joongang.co.kr]