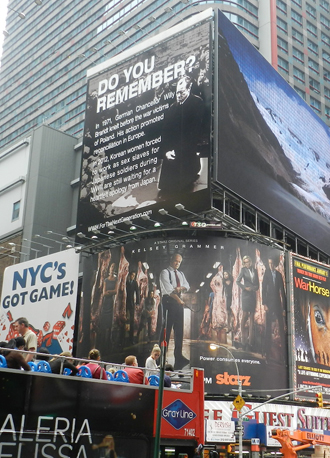 An advertisement explaining how Korean women were forced to be sex slaves for the Japanese military during World War II is put on display in Times Square in New York, yesterday. The advertisement was provided by Kim Jang-hoon, a singer and activist, and professor Seo Kyung-duk from Sungshin Women’s University. The ad will be displayed until the end of the year. Provided by ISEA Communications