Police are pursuing a man nicknamed the King of Studio Flat Prostitution in Gangnam, southern Seoul.

The Seoul Metropolitan Police Agency said they arrested 10 people on Sept. 22 for arranging prostitution in 14 different officetel units - dual-purpose buildings used for both commercial and residential purposes - near Seolleung Station on subway line No. 2 in Gangnam, southern Seoul.

Police said yesterday they have put a 31-year-old man surnamed Kim on their wanted list. Kim owns 11 of the 14 units found last month and holds a 50 percent stake in the remaining three. The police said that in the sex working trade, Kim is known as the Lee Gyeong-baek of officetel prostitution. 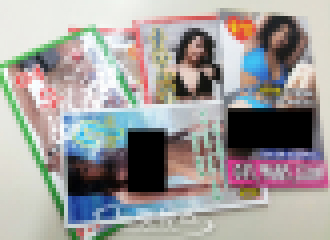 Lee is the so-called King of Room Salons, or hostess bars. Lee was indicted by prosecutors in July 2010 for offering illegal prostitution in his room salons and hiring teenage girls as hostesses.

The prosecution later found that he paid cash bribes to police officers in Gangnam. Lee had a dozen room salons in Gangnam and once earned 100 billion won ($90 million) a year from his businesses.

Allegedly, Kim and his accomplices have earned about 3 billion won over the last year. They raked in an average of 8 million won from an average of 65 customers every day. It costs 130,000 won per person for prostitution, according to the police.

The police said Kim operating his business like a CEO, assigned different roles to his managers, including recruiting and managing prostitutes, advertising, and hooking girls up with customers.

The managers who recruited women conducted face-to-face interviews with candidates before they hired them. Others managed the database of customer information including phone numbers and managed a Web site that had vital statistics of prostitutes, their pictures and what services they offered. Customers who became members of the Web site were offered discounts on the prostitution services.

Lee’s managers also produced flyers that included photos of prostitutes and phone numbers of pimps that were distributed on the streets of Gangnam and places where adult entertainment venues are located.

The suspects also produced their own codes of conduct that tells prostitutes how to serve their customers. The manual, for instance, tells girls to watch Japanese pornography and study sex techniques, and to welcome unattractive customers.