Court rules that power bills can be kept low

Court rules that power bills can be kept low 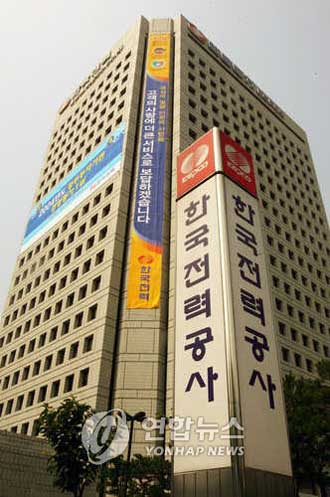 The Korea Electric Power Corporation needs to find other means to stanch its losses rather than raise power rates, a court said yesterday.

The Seoul Central District Court ruled that it is not illegal for the government to keep electricity rates low as a way of taming inflation and dismissed two separate suits filed last year by Kepco’s small investors.

The investors accused the government and former Kepco CEO Kim Ssang-su of dereliction of duty over the low electricity rates and Kepco’s losses since 2008. They demanded 10 trillion won ($9 billion) in compensation.

Kepco has complained for years that the cheap power rate is the cause of the company’s accumulated deficit of 8 trillion won. Power rates in Korea are below the cost of production.

“The Ministry of Knowledge Economy can decide whether to raise the electricity price based on its judgment considering other policies,” said the court in its ruling. “It is not violating the law when the ministry sets the price below production cost.”

Under the current system, Kepco can request a price hike to the government and the minister of knowledge economy decides what to do about it.

The ministry accepted Kepco’s proposal to raise electricity rates by an average of 4.9 percent in August after it rejected the power company’s two previous attempts to raise the rates by 10.7 percent in July and 13.1 percent in April.