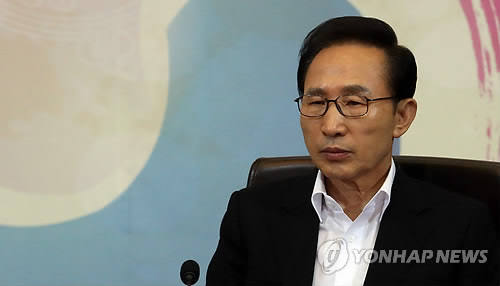 Lee appointed former Judge Lee Kwang-bum as the special prosecutor to look into the suspicions of irregularities over the now-scrapped project to build a private residence in southern Seoul to be used after his term.

The prosecution already investigated the controversial land purchase for the project made under the name of his son and the Presidential Security Service and cleared all the involved people, but the National Assembly approved an independent counsel probe last month to look into persisting suspicions.

The former judge was one of two candidates nominated by the main opposition Democratic United Party earlier this week. Civil rights lawyer Kim Hyoung-tae was another nominee.

Yesterday was the deadline for Lee to make his selection.

“Although the independent counsel probe law is extremely unfair and the selection process is biased,” Choe Geum-nak, senior presidential secretary for public affairs, said yesterday, “President Lee decided to accept it for the sake of preventing instability and smoothly managing the upcoming presidential election.”

Lee Kwang-bum, 53, is a former senior judge at the Seoul Central District Court and the Seoul High Court. He was also a member of the Society for Research on Our Law, which was founded in 1989 by judges protesting the government-controlled judiciary.

Under the special law, Lee will have 10 days to prepare his team and 30 days to investigate the allegations surrounding the president’s retirement home project.