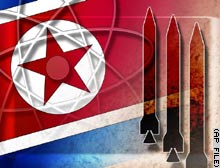 North Korea fired a surface-to-ship missile into the Yellow Sea on Sept. 27 and the launch could be related to the security ministers’ meeting, the source said on the condition of anonymity.

A day before the launch, Lee and top security officials held a meeting and urged North Korea to halt any attempt to affect South Korea’s presidential election and reaffirmed their pledge to strongly punish the North in case of provocations.

They also displayed disappointment at the lack of Pyongyang’s efforts to reform under Kim Jong-un’s leadership.

“The test-firing could be a part of the North’s routine efforts to improve their capabilities and range, but there was an assessment that it could be a reaction to our government’s movement,” the source said.

In recent years, it has not been unusual for North Korea to conduct short-range missile tests.

The security ministers’ meeting took place amid heightened tensions around the Yellow Sea border between the two Koreas in the wake of numerous intrusions by North Korean fishing boats. The South Korean Navy fired warnings shots to repel North Korean vessels on Sept. 21.

Some analysts suspect the string of violations, along with other propaganda campaigns, could be part of an attempt by the communist nation to raise tensions in order to cause social division in the South ahead of December’s presidential election. Yonhap