Gov’t comes under fire for response to Gumi gas leak

Gov’t comes under fire for response to Gumi gas leak 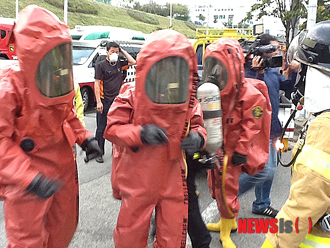 GUMI, North Gyeongsang - The government is under fire for its poor and slow reaction to the gas leak at a chemical plant in the Gumi National Industrial Complex last week that killed five plant workers, injured more than a thousand and caused serious crop damage.

As the situation worsens, the government has hurriedly formed an emergency joint disaster research panel a week after the accident and is considering designating the region as a special disaster area. 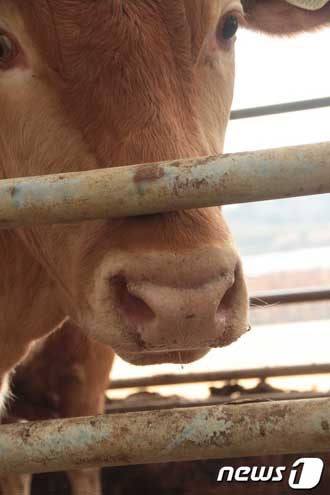 The accident occurred on Sept. 27. at 3:43 p.m. when a tanker truck containing hydrofluoric acid at the Hube Global plant in Gumi, North Gyeongsang, developed a leak due to increased pressure within the storage tank or in the hose during the transfer process.

The research panel team will check the number of dead, the amount of pollution to the environment and safety management conditions for the chemical plant and will then provide a disaster recovery response.

When the leak occurred, residents of Bongsan-ri in Gumi evacuated the area, but went back home the next day because the Gumi City Government said the leak was harmless.

However, damage has spread further into areas around the chemical plant. According to the city government, a total of 1,549 Gumi residents were hospitalized or have received treatment at a hospital after exposure to the gas as of yesterday, up from 893 on Thursday, and 135 hectares (333 acres) of farmland, which is also expanded from 91.2 hectares, in Bongsan-ri and other villages are contaminated. Grape, melon and jujube crops have shown signs of contamination. The government prohibited farmers from harvesting crops on Thursday.

Livestock also could not avoid the damage. The city government estimated that about 2,738 domestic animals, including cattle and goats, on 28 ranches have been exposed, and about 300 animals are showing symptoms from the gas. It added that some residents are showing signs of sickness; some patients are coughing up blood and also suffering from severe headaches.