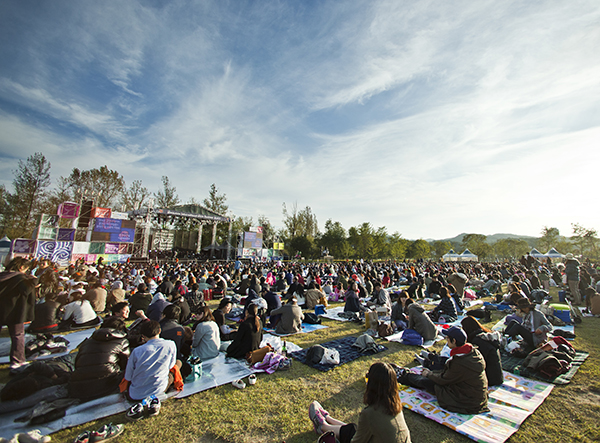 
Organizers said that when they first held the Jarasum International Jazz Festival in 2004, they dared to imagine that Jaraseom, a small island that sinks during heavy rain in Gapyeong, Gyeonggi, and a cultural wasteland for jazz, could become the venue for a large-scale international jazz festival attracting renowned musicians from all over the world.

Although the first event kicked off with 30,000 people, more and more visited the island just for the festival, setting new records each year. Last year, about 188,000 people attended the festival.

For the ninth festival this weekend, organizers expect attendance to continue to grow. 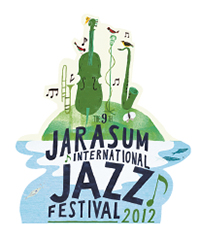 According to the organizer, 500 early bird discount tickets that went on sale on June 19 were sold out in 90 seconds.

“Such popularity proves that Jarasum International Jazz Festival allowed the once useless wasteland to be reborn as the very core of the Korean jazz scene,” said an official from the organizing committee.

In an attempt to introduce diverse jazz musicians, the committee launched a “national brand project,” in which it selects one country as a promotional focus. Following the Netherlands last year, this year’s focus will be Poland. With support from the Polish Embassy, as well as the Polish cultural center Adam Mickiewiez Institute, four teams from Poland will constitute this year’s “Focus on Polska.”

One of the teams, the Tomasz Stanko Quartet, led by trumpeter Tomasz Stanko, will dominate the main stage known as “Jazz Island” (there are 10 stages for the festival) on the opening night at 9:30 p.m.

One of the highly anticipated headliners for this year’s festival had been pianist Abdullah Ibrahim, from South Africa. However, he canceled his entire Asia tour due to health issues, according to the organizer.

From left, Jamaican pianist Monty Alexander, the Barnicle Bill Trio, the John Scofield Trio and a vocalist from a Korean group Rising Star. Provided by the organizer


To replace the 76-year-old pianist, the organizing committee invited Jamaican pianist Monty Alexander to play on the main stage opening night. As a native of Kingston, the home of reggae, Alexander receives critical praise for exploring genres from traditional swing jazz to reggae. During the festival, Alexander will stage a solo concert “One Love One,” which will “tell a story of his long journey that started off from American jazz to Jamaican music.”

Other artists include the John Scofield Trio, which consists of “old friends and longtime musical partners” and is known to have kept jazz “vigorous and visceral.” The trio also feature Steve Swallow and Bill Stewart and will stage a concert on Sunday at 9:30 p.m. on the Jazz Island stage.

According to the organizing committee, many people had doubts whether the festival could be successful at first, so they mixed more popular genres, such as hip-hop, pop and electronica to the jazz festival. However, in recent years, they have stuck to jazz.

Moreover, the organizer added that the event is “appealing” as it is held outdoors, while most of other jazz concerts are indoors. Gapyeong County, where Jaraseom is located, is 1.4 times larger than Seoul and 83 percent of the area is filled with forests. The festival was also selected as the “environment-friendly” festival by the Ministry of Environment for promoting use of public transportation as well as encouraging visitors to use mobile brochures by printing fewer program books.

In an attempt to seek fresh programs, the organizing committee also launched “Korea Jazz Showcase” from this year, in which competent domestic or international artists get introduced during the festival.

Artists and teams from 16 different countries submitted an application and four teams were selected. The list includes: an international group “NY Quartet,” led by Korean drummer Cho Nam-yuol; the Pascal Schumacher Quartet from Luxembourg; the Giulia Valle Group from Catalonia; and the Diego Figueiredo Trio from Brazil.

Moreover, the festival introduced “jazz makgeolli” (Korean traditional rice wine) last year by making makgeolli with black rice, which was a “big hit” during last year’s festival. So this year the organizers said they’ll launch jazz makgeolli made of pine nuts, which will be on sale in various spots on the island as well as in supermarkets across the country after the festival.

Getting to Jaraseom became faster this year, about 40 minutes thanks to the new ITX Cheongchun train departing from Yongsan Station to Gapyeong. Otherwise, a bus leaving from Dong Seoul Terminal takes two hours and 45 minutes.