Will North Koreans want to unify?

Will North Koreans want to unify? 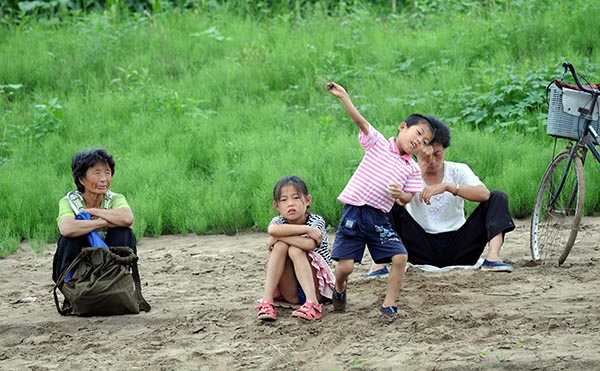 Will the North Korean people want reunification if the regime collapses? This is a question the South Korean people have sought an answer to since Kim Il Sung’s death in 1994. In order to edge closer to an answer, the intelligence communities in the South and Japan have conducted surveys on the matter with people living in the North.

According to sources, the intelligence communities of the South and Japan conducted a series of surveys with North Korean residents living in the Chinese border area in 2009. Ethnic Koreans living in China who traveled to the North interviewed some residents. Each time, about 1,000 North Koreans were interviewed. The survey asked, “Which side would you be on if the North suddenly collapsed?”

According to the Korean intelligence community’s first round of surveys, which took place from January to August, 48 percent of the respondents gave the first answer while the other choices received 30 percent, 20 percent and 2 percent of the respondents, respectively. The North Korea intelligence unit under the Japan Self-Defense Force had its survey three months earlier, and its outcome showed 39 percent, 32 percent, 25 percent and 4 percent, respectively.

The Korean intelligence community had a second round of surveys until October and the numbers changed slightly. The outcome was 40.1 percent, 31.5 percent, 27.1 percent and 1.2 percent, respectively.

The survey outcomes were completely different from the prediction, based on German reunification, that the North Korean residents would leave the country en masse when the regime fell and the two Koreas would eventually reunite. The intelligence communities held a couple more similar surveys to confirm their findings, and the conclusions were similar to earlier data.

A similar answer was also given recently from a high-ranking defector. Asked what the North’s power elites would do if the regime fell, he said, “They would side with China unconditionally. They think they will be the subjects of a purge once the two Koreas are united, so they will do everything to stop unification.”

It is hard to conclude based on these surveys and accounts that the entire North Korean population does not want unification. The surveys had their limits because they were conducted with residents who live in the areas near the Chinese border, so they had relatively frequent contact with Chinese. But it is still more than enough to disprove the prediction that the two Koreas will quickly unify if the North falls.

South Korean society has high hopes that the collapse of the North Korean regime would bring unification. The process of German reunification largely inspired the idea. The dramatic process of the exodus of East Germans in 1990, the fall of the Berlin Wall and the reunification left a strong impression on South Koreans, as their homeland was the only divided nation in the world. After Kim Il Sung died and hundreds of thousands of North Koreans died of hunger, expectations grew high in the South that the Koreas would soon be unified.

After the Lee Myung-bak administration came to power and the shooting of a South Korean tourist at the Mount Kumgang resort, tensions escalated further between the two Koreas, even more so with the Cheonan’s sinking and Yeonpyeong Island shelling. Among the South Koreans, the animosity toward the North grew deeper and that led to the belief that unification would come soon.

The argument for stronger pressure and containment of the North is often based on that belief. But it was already concluded three years ago by the surveys of the Korean and Japanese intelligence communities that the reality is actually the opposite.

According to a 2012 survey of defectors conducted by Seoul National University’s Institute for Peace and Unification Studies, China was seen as the friendliest country for 70.4 percent of the North Korean people last year, while South Korea was named by only 24 percent.

It is hard to get information about the reclusive society in the North. But surveys are making one thing clear: the South’s North Korea policies must change if the goal is reunification.