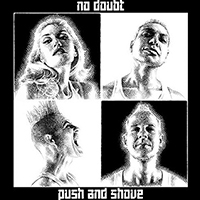 No Doubt fans have been waiting anxiously for the band’s sixth album for the past 11 years. In the decade after releasing “Rock Steady,” the four members have toured together, started families (separately) and pursued a few solo projects.

From the first listen one can tell it was worth the wait. “Push and Shove” returns to the group’s style of ska mixed with dancehall, electro-pop and a pinch of magic, expertly dished out by producer Spike Stent. The resulting 11-track album doesn’t sound a day over 1995’s “Tragic Kingdom,” but that doesn’t make it dated. It’s that rare breed of record that carries the musicians’ touch wherever on the timeline.

No Doubt songs have a way of letting you know they’re not anyone else’s. Despite misleading beginning notes such as the light pop touch synth on “Easy” or the exotic violins of “Push and Shove” and the straight rock of “Uncover,” they all evolve into the No Doubt sound, the type of playful rock that lulls you in with its genuine joie de vivre and lack of artifice. Gwen Stefani, who has carved a successful career as a solo artist and fashion designer during the band’s hiatus, radiates energy and reminds us why she is the ultimate rock chick. AP 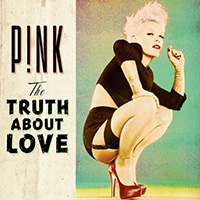 “The Truth About Love”

Listening to Pink’s new album is like watching a reality show about the ups and downs of her relationship with her husband, motorcycle racer Carey Hart: She’s over him at times, under him at others. There are fights, and makeups, and then more breakups. There are “I hate yous” and “I love yous.” And all of it makes for good listening.

“The Truth About Love,” the singer’s sixth release, is an exceptional album that takes you through Pink’s rollercoaster of emotions, as her scratchy voice pierces on songs to create not just enjoyable, but beautiful tunes. Like 2008’s “Funhouse,” on which Pink detailed her then-estrangement from her husband, Hart remains the centerpiece of Pink’s emotions.

“I hate you, I really hate you so much I think it must be true love,” she sings over a fun beat on “True Love,” which gets a cute assist from Lily Rose Cooper (aka Lily Allen). Pink wants her lover to return on the rock-filled “How Come You’re Not Here.” “The album, which also features Eminem and was mostly produced by Greg Kurstin, continues to showcase Pink’s versatility: This firecracker can pretty much sing a song from any genre. AP 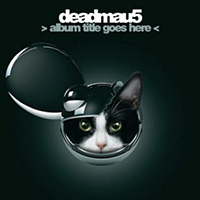 The album from the Mickey Mouse mask-wearing electronic dance music vet pushes no boundaries that weren’t already pushed 10 years ago. From Joel Zimmerman, better known to his considerable fan base as Deadmau5, the lack of creativity is a sin.

There are scores of EDM specialists crafting new approaches these days, from Grammy-winning Skrillex to live beat-maker AraabMuzik to up-and-comers like heRobust. Amid their inventive progressions, Deadmau5’ latest album feels a tad old and dusty. You’ll be left waiting minutes for the drop, and perhaps scanning forward to the next track in hopes of getting the pulse racing. Good luck. It’s an eight-minute track that teases you for the first two before any semblance of a proper beat emerges. But once it gets going the bass line grabs you by the shoulders and refuses to let go. It’s an addictive, repeat-worthy track. AP