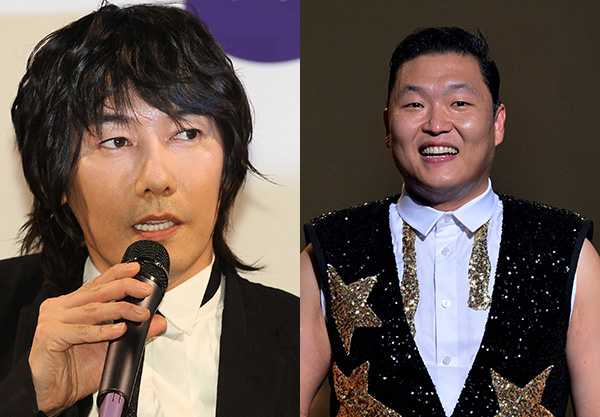 
Kim Jang-hoon acknowledged a rumor of serious discord between him and Psy, countering a claim from Psy’s agents that the two singers are okay with each other.

Psy’s agents released a statement denying the rumor and said that Psy paid a visit to a hospital where Kim was staying on Friday and talked with him for over eight hours.

Kim, who checked into the hospital after overdosing on sleeping pills following Lee’s podcast, dismissed the claim by Psy’s side and said they were “playing with the media.”

“‘Having a chat and keeping by the sickbed?’ Haha, [this] drives me crazy,” Kim tweeted.

Psy developed a friendship with Kim in 2003 and has publicly admitted that he adopted many of Kim’s live concert methods.