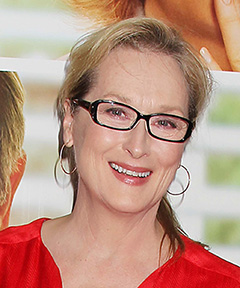 NEW YORK - Meryl Streep has donated $1 million to The Public Theater in honor of both its late founder, Joseph Papp, and her friend, the author Nora Ephron.

The announcement was timed to Thursday’s unveiling of the nonprofit’s $40 million renovation to its 158-year-old headquarters in New York.

Streep has performed for The Public for decades, starting in 1975 and including “Henry V’’ in 1976 and “Mother Courage and Her Children’’ in 2006. This summer, she played Juliet opposite Kevin Kline as Romeo in a benefit reading of “Romeo and Juliet’’ in Central Park.

Ephron, who died in June, directed Streep in her portrayal of chef Julia Child in 2009’s “Julie & Julia.’’ Streep played a version of Ephron herself in 1986’s “Heartburn.’’

“Meryl is as great a citizen as she is an actor,’’ said Oskar Eustis, artistic director of the theater. “Joe Papp founded The Public in the belief that great theater belonged to all the people. It means an enormous amount to us that the greatest actor of our time supports that mission.’’