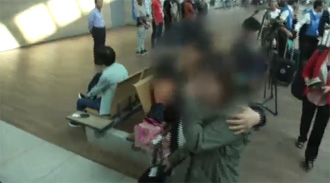 Two Korean volunteer workers were killed and three others injured in a lightning accident in Sri Lanka, a state aid agency said yesterday.

The two - a 22-year-old man and a 24-year-old woman - were killed by lightning on Saturday evening in the mountainous town of Haputale in the central part of Sri Lanka, according to the Korea International Cooperation Agency (Koica), a state-funded agency in charge of overseas volunteer programs. They were visiting the house of a fellow volunteer at the time of the fatal accident, the agency said. Three other Korean volunteers, who accompanied them on the visit, were injured and sent to a nearby hospital for treatment, according to the report. Koica said an official has been dispatched from its office in Sri Lanka to look into the accident while family members of the dead workers plan to depart for Sri Lanka on Sunday. Koica is the Ministry of Foreign Affairs and Trade-affiliated agency tasked with implementing the country’s aid programs for developing countries.