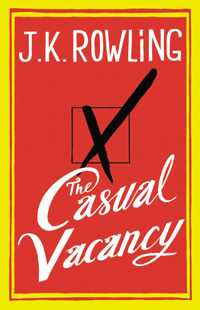 When Barry Fairweather dies unexpectedly in his early 40s, the little town of Pagford is left in shock.

Pagford is, seemingly, an English idyll, with a cobbled market square and an ancient abbey, but what lies behind the pretty facade is a town at war.

And the empty seat left by Barry on the town’s council soon becomes the catalyst for the biggest war the town has yet seen. Who will triumph in an election fraught with passion, duplicity and unexpected revelations? 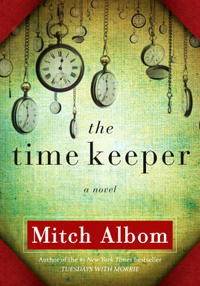 From the author who’s inspired millions worldwide with books like “Tuesdays with Morrie” and “The Five People You Meet in Heaven” comes his most imaginative novel yet, “The Time Keeper” - a compelling fable about the first man on earth to count the hours.

The man who became Father Time.

In Mitch Albom’s newest work of fiction, the inventor of the world’s first clock is punished for trying to measure God’s greatest gift. He is banished to a cave for centuries and forced to listen to the voices of all who come after him seeking more days, more years. Eventually, with his soul nearly broken, Father Time is granted his freedom, along with a magical hourglass and a mission: a chance to redeem himself by teaching two earthly people the true meaning of time. 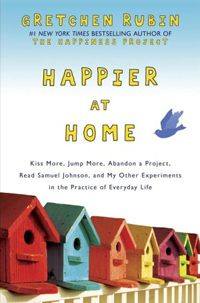 Happier at Home: Kiss More, Jump More, Abandon a Project, Read Samuel Johnson and My Other Experiments in the Practice of Everyday Life

In the spirit of her blockbuster No 1 New York Times bestseller “The Happiness Project,” Gretchen Rubin embarks on a new project to make home a happier place. One Sunday afternoon, as she unloaded the dishwasher, Gretchen Rubin felt hit by a wave of homesickness. Homesick - why? She was standing right in her own kitchen. She felt homesick, she realized, with love for home itself. “Of all the elements of a happy life,” she thought, “my home is the most important.” In a flash, she decided to undertake a new happiness project, and this time, to focus on home. And what did she want from her home? A place that calmed her, and energized her. A place that, by making her feel safe, would free her to take risks.

Also, while Rubin wanted to be happier at home, she wanted to appreciate how much happiness was there already. So, starting in September (the new January), Rubin dedicated a school year to making her home a place of greater simplicity, comfort and love.