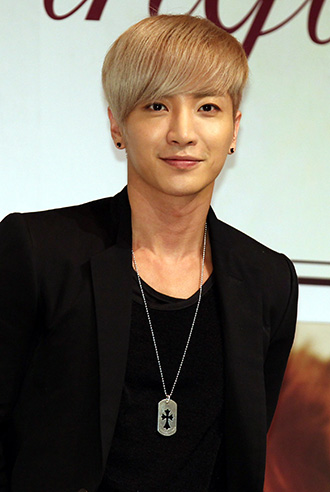 Super Junior’s Leeteuk will throw the ceremonial first pitch at a playoff between the Lotte Giants and the Doosan Bears at Jamsil Stadium in southern Seoul on Oct. 9.

The match will be the second between the two teams in this series, but Leeteuk preemptively apologized before the big day.

Usually, female entertainers pitch the first ball at these games, but perhaps fans can forgive Leeteuk as he is set to enter into the Army on Oct. 30.

At the end of the month, Lee will enroll at a training facility in Uijeongbu, Gyeonggi, before serving his mandatory military service for 21 months.

With Leeteuk leaving, members of his band have been making jokes about who should become the new leader.

“If we go by hierarchy, then I’m rightfully next in line,” Eunhyuk said on an episode of “Radio Star” last month.