Rihanna snags No. 1 spot from Psy

Rihanna snags No. 1 spot from Psy 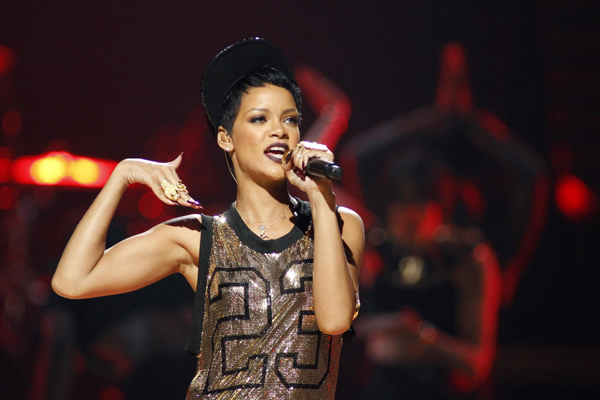 LONDON - Barbadian pop singer Rihanna climbed to the top of the British charts on Sunday with her new single “Diamonds,” ousting Korean pop star Psy and his internet video sensation “Gangnam Style” from the No. 1 music spot.

Local boy band One Direction was new in third place with “Live While We’re Young”, while London-born singer Adele burst in at No. 4 with the theme song for the latest James Bond film “Skyfall”.

English singer-songwriter Ellie Goulding arrived in fifth place with her new single “Anything Could Happen”, the Official Charts Company said.

British stadium rockers Muse shot to the summit of the album charts with their new release “The 2nd Law”, including the track “Survival”, the official song of London’s 2012 Olympic Games.

Boy band Overtones entered the charts at No. 6 with their second album release “Higher”.

Veteran British rock band the Electric Light Orchestra re-entered the list at No. 10 with its 2005 greatest hits compilation “All Over The World”, notching up a 173rd week in the charts.