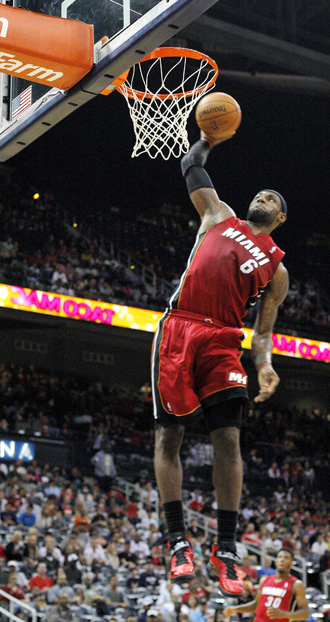 Miami Heat forward LeBron James dunks in the first half of a preseason NBA basketball game against the Atlanta Hawks, Sunday, in Atlanta. The Hawks beat the Miami Heat 92-79. Chris Bosh finished with 22 points, and LeBron James had 10 for the defending NBA champion Heat, who played without Dwyane Wade as the star guard recovers from surgery on his left knee. [AP/YONHAP]