‘It’ll take time for you to get smart’

‘It’ll take time for you to get smart’ 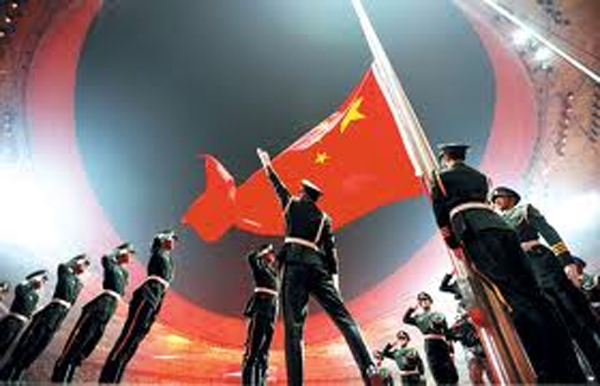 In December 1978, the Chinese Communist Party officially adopted the “Reform and Opening Up” policy at a plenary session of the CPC Central Committee. Two months before the meeting, Deng Xiaoping, the architect of reform and then vice premier, visited Japan. The visit included a schedule to “learn Japan’s experience in development.” During the visit, he had a news conference. A reporter asked if he would address the Senkaku territorial dispute. He responded without hesitation, “The future generation will surely be smarter than we are today, so let them handle the issue.” That’s how the famous “resolution by the future generation” began.

Since then, 34 years have passed, and the future generations of Japan and China are clashing over the Senkaku Islands. China is aggressively pushing Japan, constantly sending patrol boats near the islands. Beijing is virtually saying, “We have had enough, so let’s bring this to a conclusion.” There is no room for negotiation, and everything boils down to power. China has been “hiding the light and nurturing the capacity in darkness.” In 2010, its economy surpassed that of Japan, and it has more military strength. The power has made the Chinese the “smarter next generation.”

However, the smarter future generation has to consider the course of accumulating power. China’s economic growth was possible thanks to neighbors like Japan, Korea and Taiwan. Their companies brought capital and technology to China, and when their investments were combined with China’s labor, China could prepare the foundation for growth. High-tech parts and half-finished goods are produced in Japan, Taiwan and Korea, while China is in charge of assembly. That’s why we say China’s growth means Asia’s growth.

Chinese media has threatened that if the situation worsens, the Japanese economy will collapse. But they are short-sighted. An economic war would be a minus-sum game for all parties involved. The work-share structure that has promoted growth in East Asia is likely to break down. The Chinese economy can maintain growth when technology and capital flow in from the outside. The livelihoods of 350 million urban factory workers depend on the overseas market. Moreover, the economy is exposed to growth limits. If the vulnerable Chinese economy collapses, it can lead to a crisis of the Communist Party’s authoritarian system.

What would Deng Xiaoping say if he were alive? He would’ve said, “We’ve had enough, so let’s make peace and focus on economy.” He believed that the basic line to concentrate on the economy should not be changed for the next 100 years. And he advised never to pursue hegemony. If he saw the Chinese protestors turning over Japanese automobiles, he would have said, “It will still take time for you to get smart.”

* The author is the director of the China Institute.