Hyundai opts to bow out of bakery business

Hyundai opts to bow out of bakery business 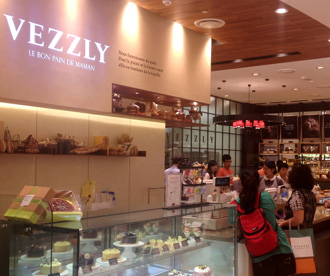 After much chaebol-bashing by the public and under continued government pressure to back off from areas traditionally held by mom-and-pop stores, Hyundai Department Store has become the fifth chaebol to exit the bakery business.

The retailer said on Sunday it will sell off its Vezzly bakery brand, following in the footsteps of Shinsegae and Lotte.

Vezzly was launched in 2000 by Hyundai Green Food, a subsidiary of Hyundai Department Store. It now has a presence in 13 stores and last year rang up annual sales of 25 billion won ($22.5 million).

“We have been directly managing our Vezzly outlets to improve quality and price competitiveness while providing a variety of services to our customers, but we have decided to withdraw from the business in response to public opinion and to contribute to shared growth,” said Lee Kyung-hoon, a spokesperson for the department store.

The group is scheduled to receive acquisition proposals from firms specializing in bakeries, he added.

In April, Samsung Group sold off its Artisee bakery brand owned by Lee Bu-jin, the CEO of Hotel Shilla and the eldest daughter of Samsung Electronics Chairman Lee Kun-hee.

Lotte Group has also sold off its Fauchon bakery brand, owned by Chang Seon-yoon, granddaughter of Lotte Group Chairman Shin Kyuk-ho. The other chaebol to follow suit was Doosan.

Meanwhile, Shinsegae has announced that it will sell off 40 percent of its stake in Shinsegae Group’s restaurant and bakery affiliate, Shinsegae SVN, which is owned by Chung Yoo-kyung, vice chairman of Shinsegae, before the Fair Trade Commission imposes sanctions.