Want to sell tickets to an event? Try inviting Psy

Want to sell tickets to an event? Try inviting Psy 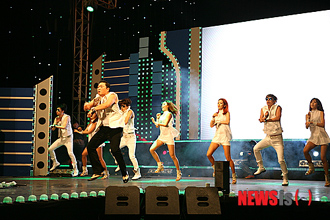 Rapper Psy made cash registers ring in Korea, galloped up to second place in the U.S. Billboard Hot 100 and broke a record in the Guinness Book for “likes” on a YouTube video.

Instead of waving his fist overhead rodeo-style - a motion familiar to all those millions of people who watched his giddyup dance in the “Gangnam Style” video - he will wave the black-and-white checkered flag to signal the close of the third Formula One Korean Grand Prix, which kicks off Friday. He will also give a concert on the final night, which is Sunday. 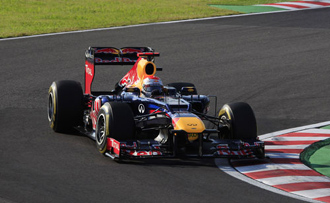 Thanks to Psy’s scheduled appearance at the 5.615-kilometer (3.49-mile) Korea International Circuit, the longest in Asia, in Yeongam, South Jeolla, expensive tickets that were going begging for buyers have started to sell.

In March, when ticket registration opened, no more than 80 of the most expensive “Main Grandstand” tickets sold per day. They cost 720,000 won ($647). But then the Korean Grand Prix Organizing Committee appointed Psy as the event’s promotional ambassador on Sept. 4. Soon, more than 200 were selling each day.

“I look forward to bringing ‘Gangnam Style’ to the glamorous world of F1,” Psy said, “and welcome everyone to Korea for this great race.”

After the final race Sunday, Psy will perform an hour-long concert in the evening for ticket holders, and people with the most expensive tickets will sit closer to the stage.

“Since this event is coming after the London Olympics and the Yeosu Expo, we were concerned that ticket sales would be weak,” said a spokesman of the organizing committee. “But thanks to Psy, it appears that we will exceed last year’s ticket sales.”

So far, the committee said it has sold two-thirds of the tickets.

But when the Daegu city government announced last Thursday that Psy will appear at the opening ceremony at Daegu Stadium, ticket sales jumped.

Psy will perform three songs at the opening ceremony, including “Gangnam Style,” which surpassed 400 million views on YouTube.

“When amateur athletes requested that Psy attend to boost morale, he gladly accepted,” the festival organizing committee said yesterday, “and he will perform at half the cost compared to his other performances.”