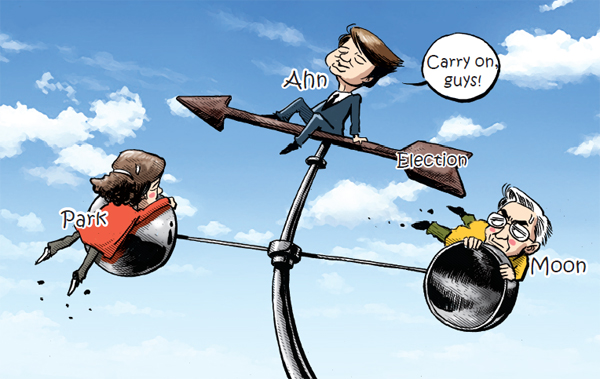 With a fight between the Saenuri Party’s Park Geun-hye camp and the opposition Democratic United Party’s Moon Jae-in camp over allegations that former president Rho Moo-hyun made outrageous promises to North Korean leader Kim Jong-il at a summit in Pyongyang in 2007, independent Ahn Cheol-soo enjoys being out of it.