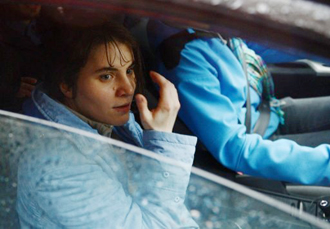 A member of the anti-Kremlin punk band Pussy Riot freed unexpectedly from prison vowed defiantly hours later that the group would continue its protest performances.

“We are not finished, nor are we going to end our political protest,” Yekaterina Samutsevich told CNN. “We have to act in such a way that they do not learn about concerts ahead of time and arrest us.”

Samutsevich, 30, Maria Alyokhina, 24, and Nadezhda Tolokonnikova, 22, were convicted in August of hooliganism motivated by religious hatred for performing illegally at the Cathedral of Christ the Savior in February.

Calls to free the Pussy Riot women, who were given two-year prison sentences, came in from world figures from Madonna to Myanmar democracy icon Aung San Suu Kyi, but Samutsevich’s release was a big surprise.

Samutsevich said efforts by Russian authorities to divide the group would not work and that her “negative” attitude toward President Vladimir Putin and his “mega authoritarian project” remain unchanged.

“The situation in the country has deteriorated since our performance and the trial itself is a testimony to that,” she said in an interview on CNN’s “Amanpour,” billed by host Christiane Amanpour as the first since Samutsevich’s release.

Samutsevich said she had been treated well in prison and that Alyokhina and Tolokonnikova were “holding up very well” despite being “very, very upset” at being separated from their young children.

“They congratulated me, they were very happy for me and they wished me all the best,” she said.

Samutsevich said she didn’t know how things would play out, but stressed it was important for the Russian people to understand there was no religious hatred or animosity driving their protests.