Naro-1 gets a few more touch-ups before launch

Naro-1 gets a few more touch-ups before launch 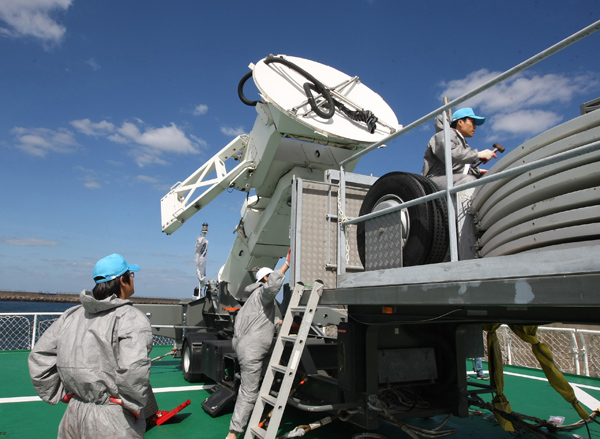 In preparation for the upcoming launch of Korea’s space rocket, Naro-1, researchers from the Korea Aerospace Research Institute install a mobile telemetry system on the deck of a Jeju Coast Guard vessel anchored in a northern port of the island, which will enable data measurements through wireless transfer. The vessel will then head toward the Philippines, where it will monitor data after the Naro-1 is launched. After the two prior failed attempts to launch the rocket, Korea will launch the rocket between Oct. 26-31.[YONHAP]