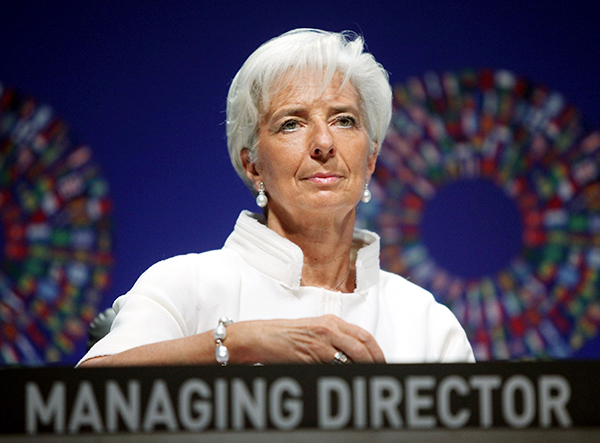 The International Monetary Fund’s managing director said the creaking debt loads were leaving governments at the mercy of the markets and needed to be reduced.

“Without growth, the future of the global economy is in jeopardy, and perhaps the greatest roadblock will be the huge legacy of public debt, which now averages 110 percent in advanced economies, pretty much wartime levels,” Lagarde said.

“And this leaves governments highly exposed to subtle shifts in confidence,” she said.

“We have seen it. We are seeing it in the euro zone for instance. It also ties the governments’ hands, especially as they seek to build the infrastructure of the 21st century while keeping the policies, particularly the social promises of the 20th Century,” she said.

Lagarde was speaking at the annual meetings of the IMF and the World Bank in Tokyo, where she said Thursday the Fund was happy for Greece to have an extra two years to bring its runaway deficit in line with the demands of global creditors.

Painful budget-slashing, especially in Europe, is being blamed in some quarters for the sluggish pace of recovery in the world economy.

Naysayers maintain that too-deep cuts in public spending curb revenues, which dampens the economy at a time it needs to be pushed forward.

Lagarde on Thursday appeared to soften her stance slightly when she said: “Instead of frontloading heavily it is sometimes better .?.?. to have a bit more time.”

She added yesterday that reducing public debt was vital, but noted it was “incredibly difficult without growth.”

“High debt in turn makes it harder to get growth, so it’s a very narrow path that needs to be taken,” she said. “It’s probably a long path and one for which there’s probably no shortcuts either.”