Singer John Park of “American Idol” and “Superstar K2” fame, left, and the new four-member girl group Tiny-G, right, will perform at the WeAJa, the JoongAng Media Network’s annual charity flea market, on Sunday at World Cup Stadium in Sangam-dong, in northwestern Seoul. The flea market will be held simultaneously in Daejeon, Jeonju in North Jeolla and Busan. [JoongAng Ilbo]


Besides shopping for cheap knickknacks for a charitable cause at the JoongAng Media Network’s eighth annual flea market this Sunday, attendees can look forward to a slew of entertainment, including performances by singer John Park of “American Idol” and “Superstar K2” fame, crafts activities and games.

Attendees will also be able to bid on fashion items and personal belongings donated by top Hallyu stars including an outfit worn by rapper Psy in the “Gangnam Style” music video that currently has over 435 million hits on YouTube.

Park, a Korean-American singer, will open the charity event held at World Cup Stadium in Sangam-dong, northwestern Seoul. The 24-year-old captivated the nation with his crooning voice and was the runner-up on the televised singing audition show “Superstar K2” after a stint on “American Idol,” both in 2010.

The large-scale “WeAJa” flea market - held simultaneously in three other locations at Boramae Park, Daejeon; the North Jeolla Provincial Government Building, Jeonju; and Bexco, Busan - will run from noon to 4:30 p.m., except for the Busan location, which will run from 11 a.m. to 3:30 p.m.

The center stage at the Seoul flea market will feature an array of other performances between 1 p.m. until closing. Acts lined up include four-member girl group Tiny-G, a children’s nanta (percussion) group and performances by electric, jazz and rock artists, including indie singer Kim Hyun-min.

A male fusion hip-hop group, S-Flava, will also take the stage with a blend of gugak, traditional Korean music, and beat-boxing, while children can look forward to magic shows, a taekwondo performance and a show performed by the “Bubbleman,” who has performed on national TV, covering 101 people in a bubble.

Individuals, families and companies will be selling items or products at cheap market prices, while an array of one-of-a-kind items from politicians, Olympic athletes and celebrities will be auctioned off at the market. 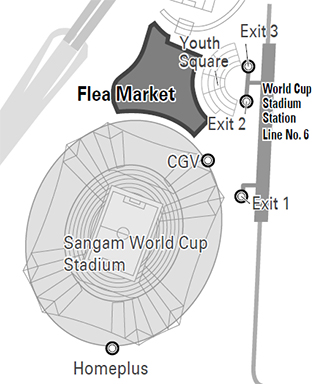 Those looking to buy personal items from popular actors and actresses need to look no further. Actor and singer Lee Seung-gi donated a blazer that he wore in a commercial. Kim Soo-hyun’s sneakers, actress Shin Se-kyung’s signed T-shirt and track pants, and actress Gong Hyo-jin’s orange blazer will all be available for purchase.

International stars donated items to the cause, including Chinese actress Zhang Ziyi, who contributed a Shanghai-style qipao that she wore in her recent movie. The actress catapulted to worldwide fame after “Crouching Tiger, Hidden Dragon” in 2000. Danish tennis player Caroline Wozniacki has donated her racket.

Oh Chang-kwan, president of Posco Energy, donated a tea set which he bought at Icheon Ceramic Festival in May and has been using to serve tea to foreign buyers.

Each market location has special events, such as organic soap-making in Busan, golfing in Daejeon and jump roping with jeans in Jeonju.

With the slogan “Sharing makes a stronger economy, a healthier earth,” half of the market’s profits this year will go to underprivileged children.

The flea market’s organizers emphasized this is an environmentally friendly event and encouraged attendees to take public transportation to the Sangam-dong World Cup Stadium, which can be easily accessed by bus or subway. The World Cup Stadium stop is on Line 6. 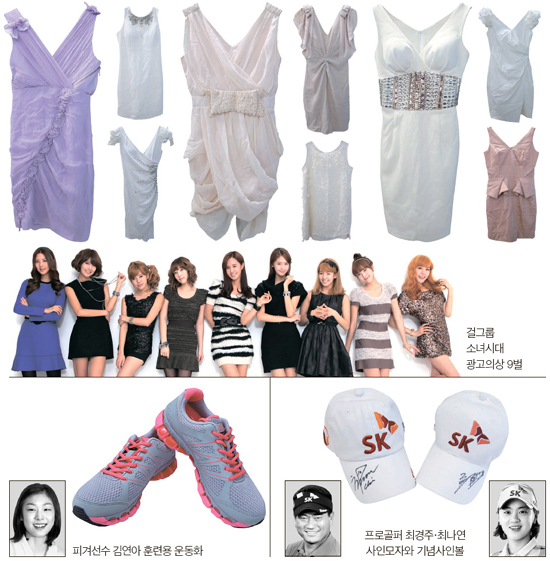 This year, approximately 700 volunteers will take part in the charity event, including 500 individuals, and 200 company officials and NGO members. Those who want to participate as a vendor can register online at the WeAJa Web site. Last year saw some 360,000 visitors to the flea market. More information, also available in English, can be found at http://weaja.joins.com.