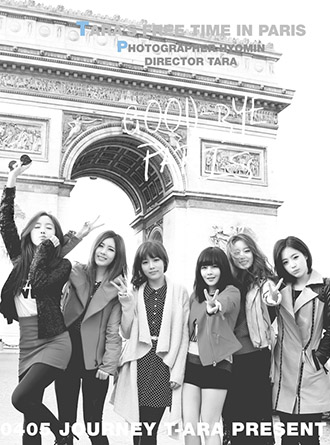 Ahead of its launch tomorrow, T-ara’s “Free Time in Paris & Swiss” pictorial book and CD package was ordered by more than 65,000 fans.

“The demand came not only from Asia, but around the world,” said a spokesperson for Core Contents Media.

In the limited edition pack, there are pictures of individual members and the group. Furthermore, a 14-track remix album consisting of the band’s hit songs since its debut comes with the book.

Despite having tarnished its image at home when Hwayoung was let go, the band is doing extremely well overseas.

When T-ara landed in Kuala Lumpur Oct. 2, it was greeted by more than 2,500 fans that turned up at the airport.

Due to the crowd, it took 30 minutes for the girl group to leave the airport, under tight security. The group was in Malaysia to perform a concert attended by 4,300.