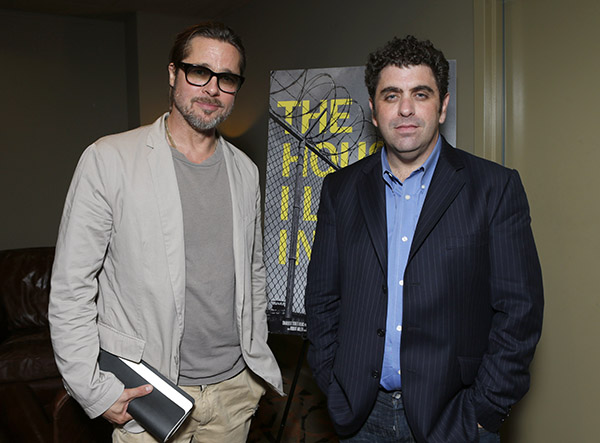 LOS ANGELES-Brad Pitt has thrown his weight behind a documentary that blasts America’s 40-year war on drugs as a failure, calling policies that imprison huge numbers of drug-users a “charade” in urgent need of a rethink.

The Hollywood actor came aboard recently as an executive producer of filmmaker Eugene Jarecki’s “The House I Live In,” which won the Grand Jury Prize in January at the Sundance Film Festival. The film opened in wide release in the United States on Friday.

Ahead of a Los Angeles screening, Pitt and Jarecki spoke passionately about the “War on Drugs” which, according to the documentary, has cost more than $1 trillion and accounted for 45 million-plus arrests since 1971 and preys largely on poor and minority communities.

“I know people are suffering because of it. I know I’ve lived a very privileged life in comparison and I can’t stand for it,” Pitt said Friday, calling the government’s War on Drugs policy a “charade.”

“It’s such bad strategy. It makes no sense. It perpetuates itself. You make a bust, you drive up profit, which makes more people want to get into it,” he added. “To me, there’s no question; we have to rethink this policy and we have to rethink it now.”

“The House I Live In” was filmed in more than 20 states and tells stories from many sides of the issue, including Jarecki’s African-American nanny, a drug dealer, narcotics officer, inmate, judge, senator and others.