Facebook eager to cash in on mobile game fad

Facebook eager to cash in on mobile game fad 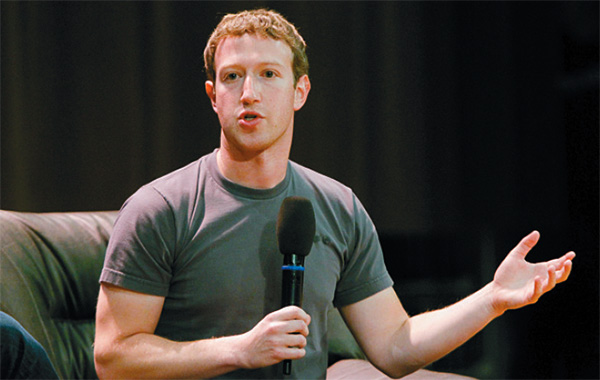 As investors agonize over Facebook’s future, the online social network used by a seventh of the world’s population isn’t forgetting the importance of play.

Nearly a quarter of Facebook members play online and developers of game applications are keenly attuned to the trend of using smartphones and tablets to connect to the social network.

With 235 million people now playing games on Facebook, the Californian company sees a potential revenue source in the mobile arena, where it has been lambasted for failing to profit from its popularity.

“Games really are important to us at Facebook because they are something our users love and our developers build businesses around,” said Matt Wyndowe, head of the company’s games and applications team.

Online play has evolved rapidly since San Francisco-based Zynga rose to prominence with titles such as “FarmVille” and “Zynga Poker” tailored for Facebook friends sitting at desktop or laptop computers.

Zynga has launched its own Web site for games and made a priority of tailoring titles for Internet-connected mobile devices in the fierce competition for people’s time and interest.

There are now more than 185,000 Facebook-synched game “apps” available for smartphones or tablets powered by Apple or Android software that jointly dominate the mobile gadget market.

Videogame titans such as Ubisoft and Electronic Arts not only design games for Facebook, but use the platform to extend or augment play of blockbuster titles on consoles like Xbox or PlayStation.

“There used to be a limited set of genres of games on Facebook, but now there is everything from casual to hardcore and the demographics have exploded,” Wyndowe said.

“You see developers spending millions of dollars on games,” he continued. “Particularly European companies have been hitting it out of the park.”

A “SongPop” smartphone game that challenges people to guess tune titles rocketed to the top of the charts in recent months, with its rapid spread being credited in part to sharing by friends at Facebook.

“Developers provide the great games and we provide the social layer that makes it more fun for users,” said Wyndowe. “Games like SongPop, Words With Friends or Draw Something wouldn’t be nearly as fun with random opponents or against a computer.”

Kixeye is ranked as one of the most profitable developers on the Facebook platform, with more than 5 million people each month playing its creations such as “Battle Pirates” and “War Commander.”

The San Francisco-based company has grown from 40 employees to 280 in the past year and is hiring more than two dozen people per month, according to Facebook.

Facebook is helping King.com and others follow members onto smartphones or tablets by letting people playing on desktop computers know when mobile applications are available, and then guiding them to downloads.

Facebook opened an App Center in May, setting the stage to get a piece of the action as games spread at the social network.