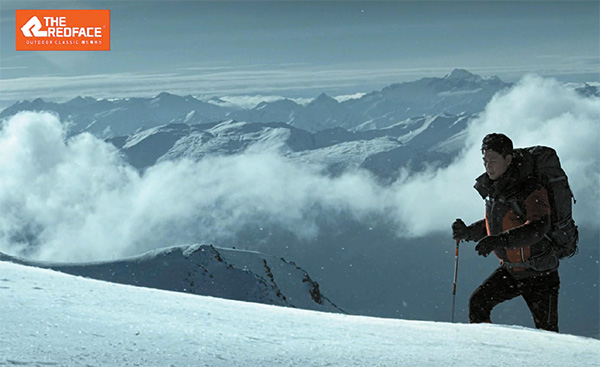 Outdoor wear brand The Redface revealed its second television commercial, “Technology of Suppressing the Blizzard,” on Thursday, hoping to capture the essence of its technology being used in the field. Thanks to its bold investments in research and development, The Redface is now producing the innovative Contra-Tex with its own technology. Since launching its advertising campaign, sales have increased by 30 percent. Provided by the company