Lee Mi-yeon says So Ji-sub is boring and awkward

Lee Mi-yeon says So Ji-sub is boring and awkward 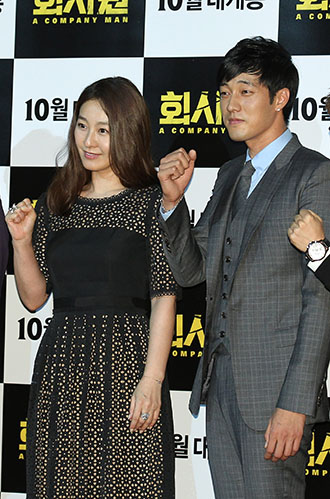 Lee Mi-yeon and So Ji-sub

Lee Mi-yeon dished the dirt on her co-star, heartthrob So Ji-sub by saying that he was “exteremly boring and awkward.”
On an episode of “Entertainment Relay,” which aired on Oct. 13, Lee said that although So was a great actor, he was less than thrilling.

Lee did say that So’s lack luster personality did help the film wrap up on time and on an unrelated note, dispensed some beauty tips.
“I try to eat nourishing food and although I don’t really frequent skin clinics, when I do spot something on my face I quickly head to the doctor,” said the 41-year-old actress.

Meanwhile, the film starring Lee and So opened in cinemas on Oct. 11.
By Carla Sunwoo [carlasunwoo@joongang.co.kr]